BLOG - Members please submit your blog to webmaster or secretary, Photographs (small) in jpg or png, linked documents in pdf, text in .txt, .rtf, .doc, .docx. Include Title and date. 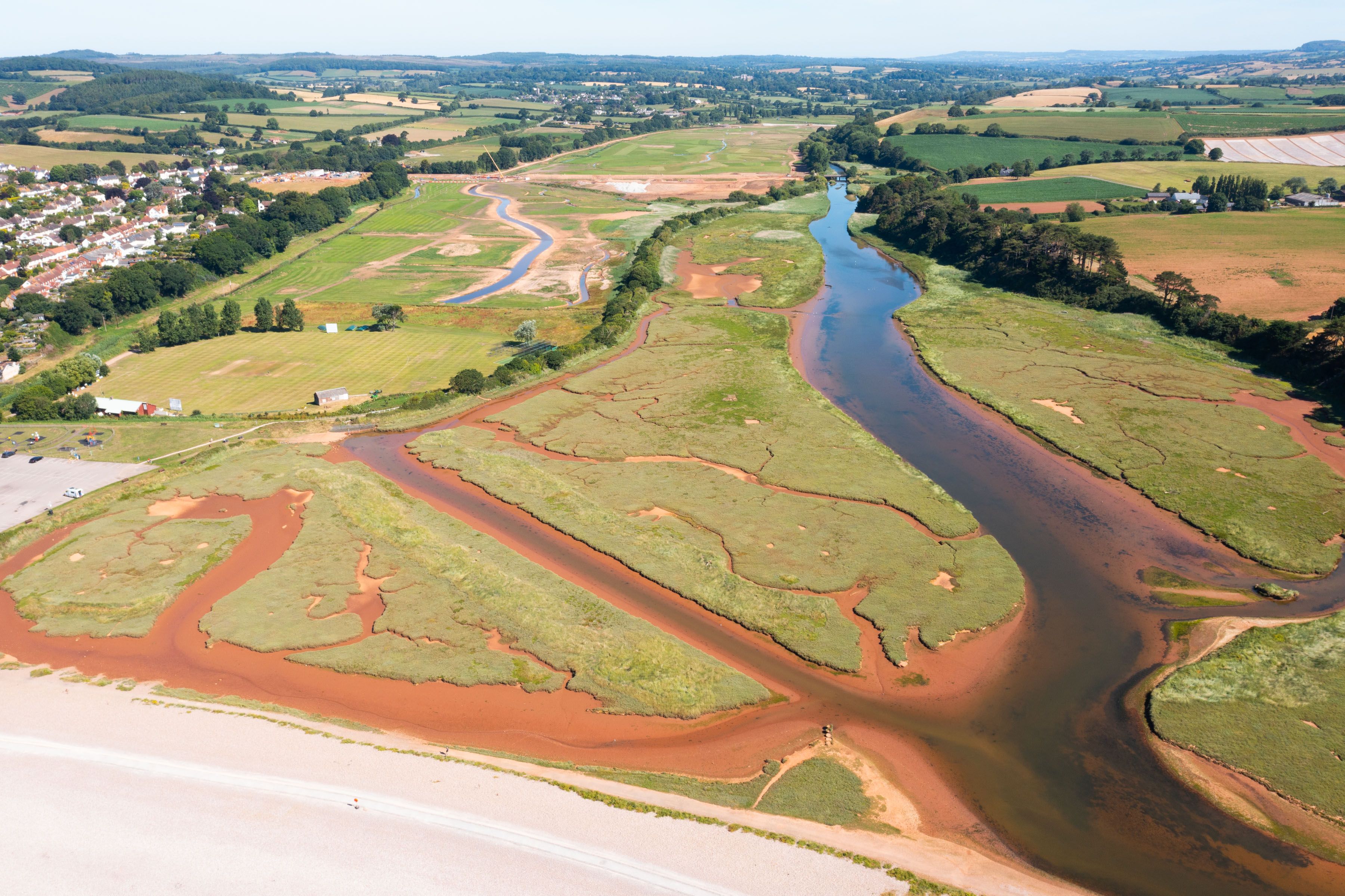 Site visit to the Lower Otter Restoration Project (LORP) at Budleigh Salterton. This recent image from a drone flight shows the area we visited. From the Lime Kiln car park we walked along the dyke to White bridge over the Otter then towards Granary Road where Kier site office is situated. The purpose of the project is to introduce salt marshes where there are presently agricultural fields and a cricket pitch. There will be a new glass fibre pedestrian bridge over the Otter slightly upstream of the Lime Kiln car park which will shorten the inland detour for coast path walkers. The road from Granary road to White bridge will be raised by building a new road alongside on an embankment. This embankment is currently surcharged by about 2.5 metres and the settlement is continually monitored. At the west end of the embankment a new bridge is being constructed to allow water to pass below the road. Thanks to Kier for escorting us.

The minutes of the May22 AGM have been added to the members' section. Points to note are that the membership subscription has increased to Â£50 pa with immediate effect, and that our membership is currently 45. Three new members have joined this year so far but we need at least another three or four. Thanks to our new speakers' secretary Brian, we have a good forward programme of talks, which you can see on the Events page. 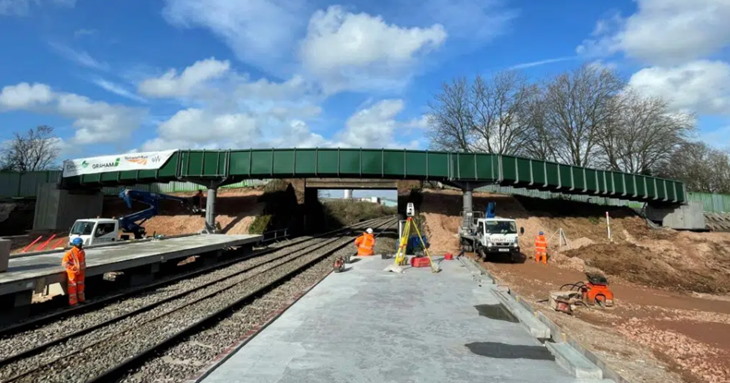 The pedestrian bridge has now been installed at Marsh Barton Station. The bridge is supported on either side of the tracks by circular steel columns, each carrying a short section of the bridge superstructure that provides cantilever support for the main span over the tracks and for the side spans. The ends of the side spans are supported on concrete abutments. See link here. Please note that our April meeting will feature a speaker from Network Rail. 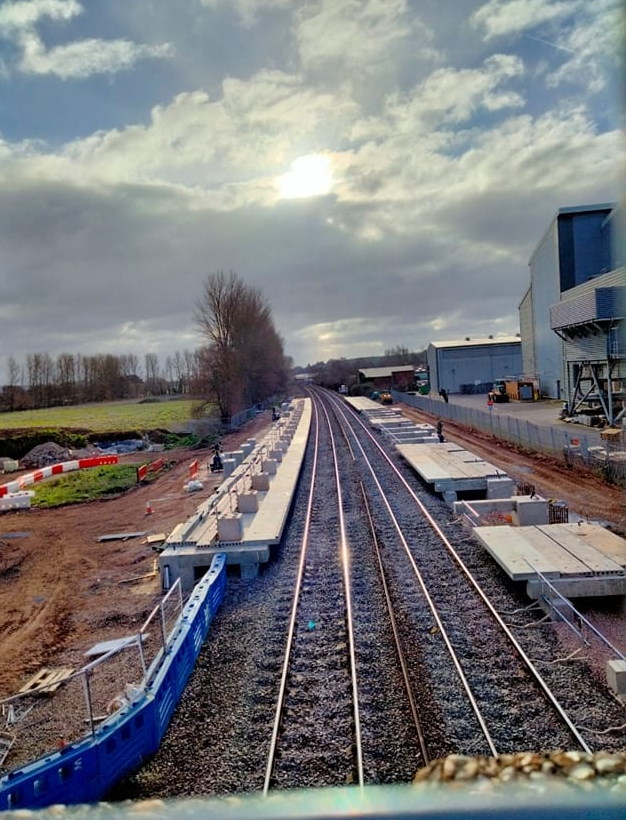 This is a photograph of Marsh Barton station, taken on his phone this week by Laurence Acher of the Alphington Photographic Group. PECE is hoping to get a speaker from Network Rail to discuss the conception and design of the station. The station is due to open in winter 2022 and apart from the platforms that you can see in the picture, there will be a pedestrian/cyle bridge alongside the road bridge from which the picture was taken. Full details of the development of the station including drawings can be found here

This page has been prepared following a committee request for a blog page. All members are encouraged to submit a blog of interest. At present members can't add directly to the blog page, as you can in Facebook or other social media, but this is being investigated. In the meantime just send your blog to webmaster or secretary.

Members debate on the Government's 10 points to deal with climate change. The form of the debate was that 4 members spoke for 12 minutes on one of the 10 points. After each speaker there was time allowed for questions and comments from the audience.

John Davidson talked about HMS Terror, built in Topsham at the end of the Napoleonic Wars. HMS Terror was built specially strongly for bombardment, with two massive mortars on board. These were used notably, but unsuccessfully, against Fort Henry at the approach to Baltimore. As large scale war diminished, Terror was essentially laid up until the Admiralty decided to use several ships for expeditions (and so get government funding) to the Arctic and Antarctic.

Lucy Mottram of Devon County Council gave us an interesting talk on waste management in Devon. Lucy discussed the waste statistics and described how the council is aiming to go from a linear to a circular waste economy. She told us about the history and operation of the Energy from Waste plant at Marsh Barton. Link to the EERF here.

Leigh Edwards gave a talk "All about Colour" copiously illustrated with slides. The slides introduced an understanding of colour, but it is a wide and sometimes more complex subject than people realise. 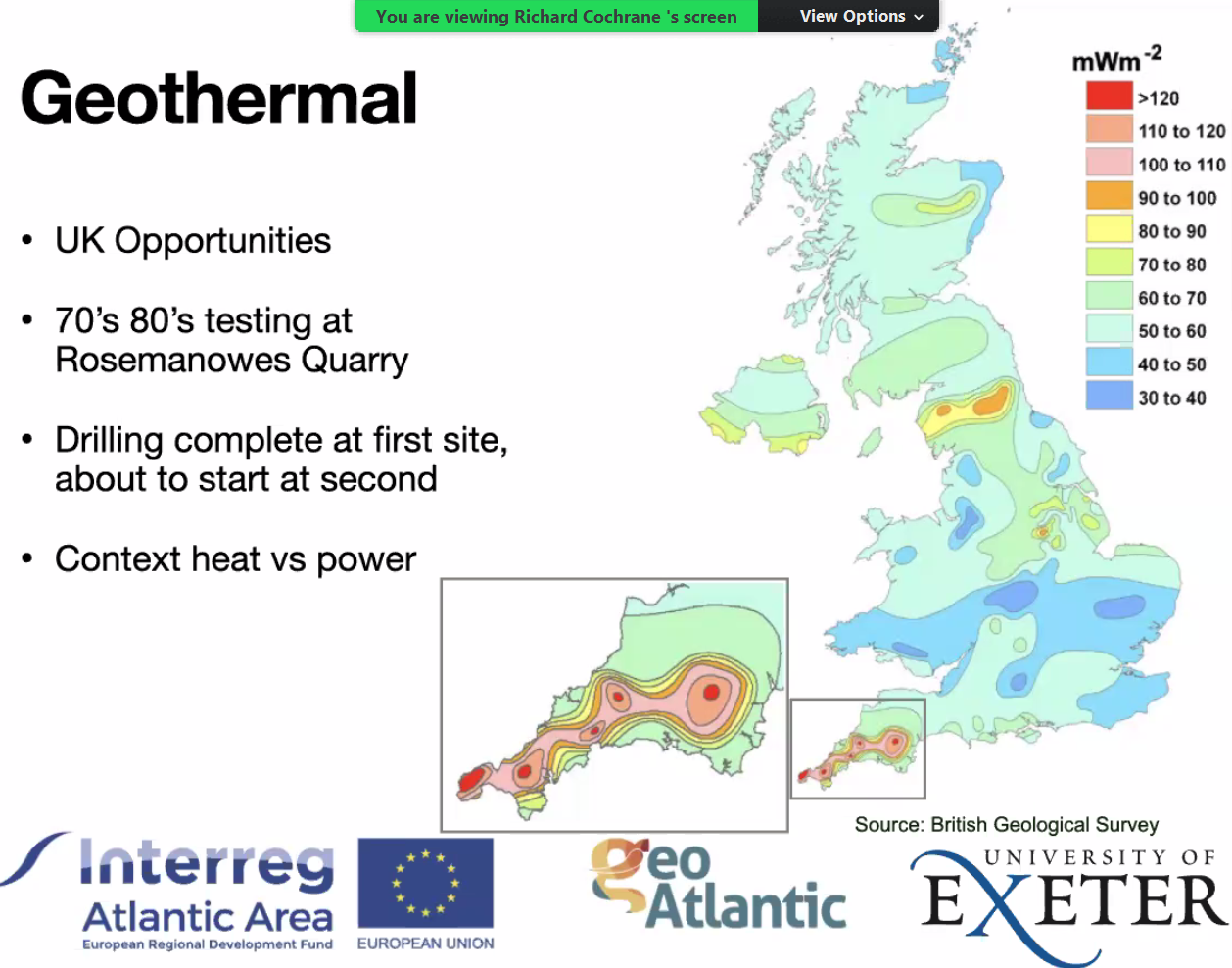 Professor Richard Cochrane gave us a fascinating talk on commercial Geothermal Energy and domestic heat pumps. Richard started by showing graphs of global temperature and Co2 levels over the last 400,000 years. The correlation is remarkable except for the last few decades where CO2 level is so high that we are now in uncharted territory. Richard explained his work on deep trial bores at United Downs.